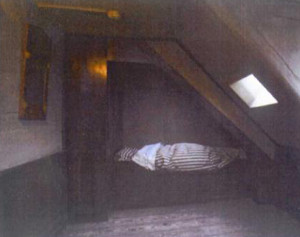 Room in the loft of Hans Christian Andersen (1805 - 1875) Under the roof, the walls were inclined and in them windows were installed – after the fashion of other mansard windows but providing a much wider view. I could admire the church tower through them which I could see from its very base

Tenement house in France illuminated by the window installed in the roof illustrated by French draughtsman Francisque Poulbot. In the 19th century the poorest groups of society lived in the lofts of the tenement houses of large and rich German, French and English cities. 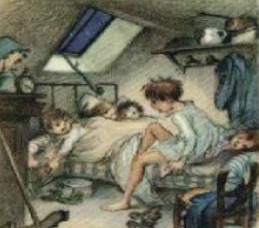 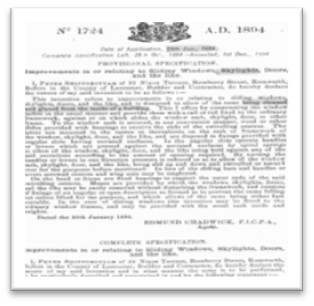 The oldest, historical documentation of inventions concerning non-standard windows comes from the end of the 19th century. Already then roof windows were described as construction element.

First patent application on mechanism for rotating a wooden window.

Historical documentation (British patent no. 1724) regarding improvement in the structure of sliding and pivot windows, skylights and doors submitted by P. Shippobottam.

In the same year, two Britons A. Schmeil and P.Saar submitted another patent application concerning improvement in the structure of skylights. The main idea was concentrated on easy opening from the inside and tight closing protecting against snow and rain penetration. The skylight design presented in this application allowed for the windows to be opened. 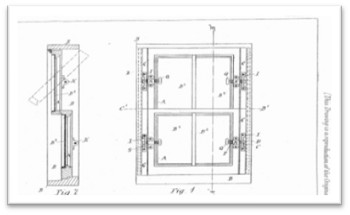 Evidences on illumination of the loft in Germany. Glazing in the roof is documented by photos of buildings of the German Wertheim network of department stores in Berlin.

Patent on design of ventilated roof windows granted to Ch. Witnell. This invention enabled easy opening and closing of the window so that it was suitable for ventilation of rooms, especially barns, pigsties etc.

In the United States patent application concerning design of roof window was submitted. Patented solution protected against penetration of rainwater, snow, etc. even in case of rain blown by a strong wind.

A series of solutions enabling opening and closing of roof windows was patented.

F. Tittmann patented mechanism for self closing of roof windows in case of rain water accumulation.j.

The term roof window was used for the first time in German patent application from 1931 concerning top hung structure. 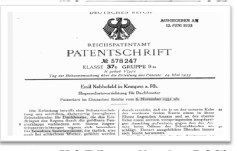 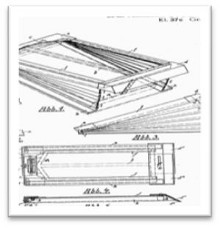 In historical documents of the Polish Patent Office patent application the window illuminating the loft submitted by a German, Bernard Schwarz can be found. The idea behind the patent were two “U” shaped overlapping elements made of ceramic materials to improve insulation of the window. The document indicates that year earlier, in 1937 the invention had been reported in Germany.

The historical sources indicate that since the end of the 19th century patents were granted on various solutions concerning design and functionality of roof windows.
Thus, such windows were known and used on the level of the technology of that time. What is more, they were used both in residential and commercial construction industry. They were used not only for room illumination but also for the ventilation what was possible by various systems of their opening.

Roof windows have become particularly popular in the 1970's. There were mass produced by the Danish company Velux and German companies Roto, Blefa and Braas. Roof windows were also offered by companies from France, Italy and Spain.

Development of roof windows market in countries of Central and Eastern Europe. Czechs, Hungarians and Slovaks had their own trade offer. 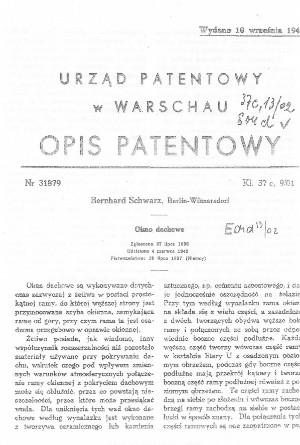 In Poland FAKRO Company has been established which soon became the champion of the industry technology and set new standards in the roof windows market. 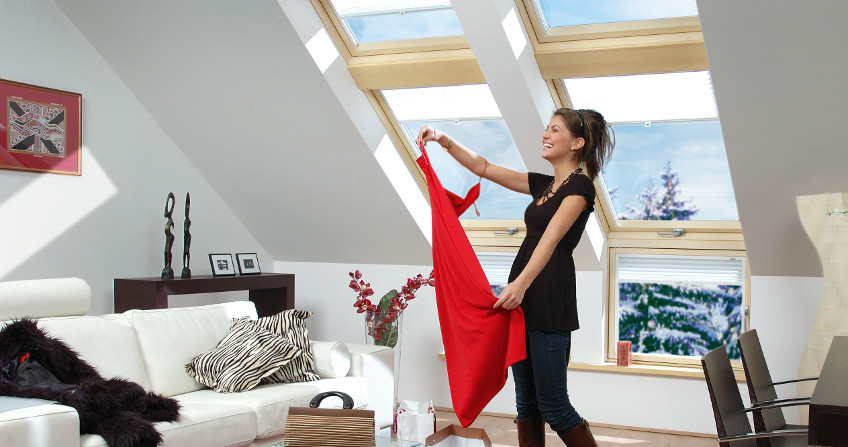 The design of modern roof window significantly differs from its first prototypes. Today, client expects advanced and non-standard solutions. Competing companies are overtaking each other in order to meet these needs. This is evidenced by a steadily increasing number of patent applications in roof windows industry.

FAKRO is the author of more than 100 paten applications and utility models. Since the beginning of activity of Polish company, the amount of patent applications submitted by roof windows manufacturers has increased significantly.

Primary product offered by the largest manufacturers is a pivot window in different variants of its equipment. In addition to wooden pivot windows there are also PVC pivot windows windows with raised axis of rotation, top hung and pivot windows, balcony windows, super energy efficient windows and flat roof windows. 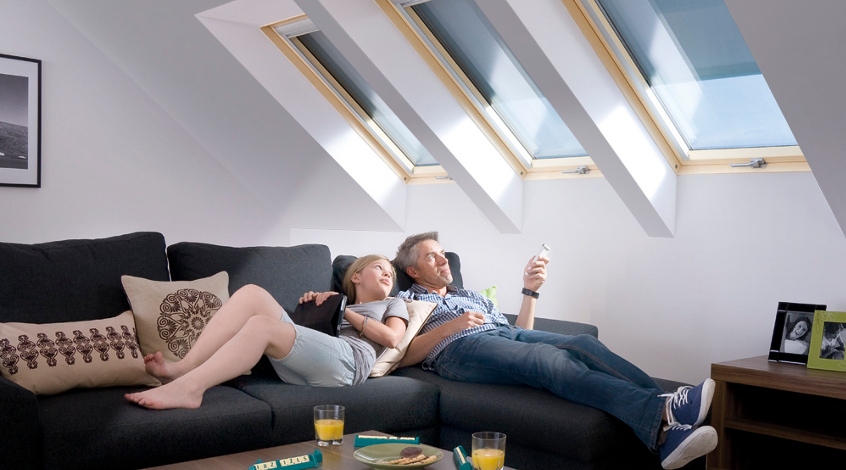 FAKRO, one of the most innovative Polish companies contributed particularly to the spectacular success of the entire roof windows sector.

FAKRO has its own innovative research and development centre in which work more than 100 engineers. FAKRO holds more than 100 patent applications. Company exports not only roof windows to many countries of the world but also solutions and creative ideas of Polish engineers.
Nowadays, thanks to FAKRO, Poland sets new directions of development for the international roof windows industry and Polish manufacturers are considered to be the best professionals in this sector. Dynamic development of the company forced foreign manufacturers like Danish Velux or German Roto to move their production to Poland.

Today, Poland is a global leader in roof windows production. Every third window installed in the world is manufactured in Poland.